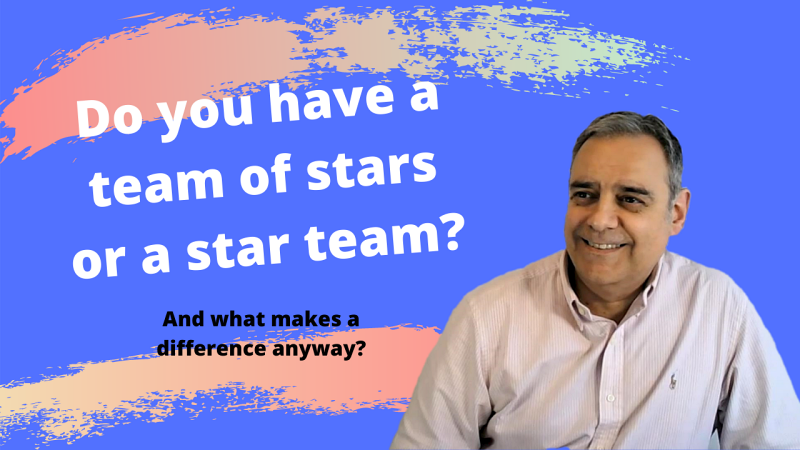 Crazy question, I know, but post-pandemic businesses are really dependent on collective effort, not individual performance, to move from surviving, to thriving and growing again. Like any sports team with star players, you still need the whole team’s effort to win the game.

The thing is, in the busy reality of day-to-day work we very often rely on our ‘go-to’ people. That can be to solve a problem, make things happen, get things done. Not a bad thing, but imagine if you could harness the collective brain-power, skills, and effort of the whole team to boost productivity and business results?

Well the great news is you can. But as a team leader, there’s a need to focus on what turns your team of stars into a star team. You need to utilise their complimentary skills and harness the energy and cohesion of the sum of the parts.

Five behaviours that make a difference

The research on this is overwhelming nowadays. So much so, that you’re left wondering why more businesses aren’t consciously and intentionally utilising the collective strengths of the team. What the research shows is that there are fundamentally five team behaviours that make a massive difference to the team’s collective results and achievements.

The first of these is trust. Trust is the primary building block of team effectiveness. But it’s more than just knowing your colleagues and being able to predict how they are likely to respond to a given situation or interaction. The type of trust we are talking about here is that super high level of comfort with teammates that you can be totally yourself, warts and all. You can be completely open and vulnerable to them. Mistakes, thoughts, feelings and concerns can be fully aired fully confident that there will be no negative repercussions in perceptions, politics or status.

This high level of vulnerability trust means that the second team behaviour, conflict, can be fully explored. Things don’t become personal, nasty or ending up ruining relationships. In fact deep, robust conflicts over ideas means that teams can fully explore issues knowing that, because they have high trust levels, differing points of view are not dismissed or ignored. They get fully heard and recognised. Conflict simply becomes an attempt to find the best possible solution in the shortest period of time. The amazing thing about this is that even when individuals completely disagree with the final decision, they are more likely to back it because they feel that their views have been fully taken into account.

Teams ability to engage in robust conflict conversations around ideas leads to the third behaviour of truly cohesive teams: commitment. We’re not talking about consensus. Commitment is about both clarity and buy-in. Teams that can move forward with true commitment – including those who may have initially disagreed – tend to have a much greater success rate in fully delivering their goals and objectives because they truly feel that ‘we are all in this together’. They are working for the good of the team as a whole.

The first three behaviours means that it is much easier to have courageous feedback conversations. Particularly when the performance or behaviours of a team member don’t live up to what was agreed or hurt the team. Everyone holds everyone mutually accountable. It’s maybe easy to avoid difficult conversations. But teams that are able to hold each other accountable without blame typically say they feel trusted, respected and empowered to get things done right for the good of the team as a whole.

One of the great things about a star team is that they pay attention to the collective results of the team, irrespective of individual expertise or responsibilities. The team wins together because they are super focused on what they collectively deliver for customers or how their work affects the output of another team in the business. This focus on achieving collective results is only possible because they consciously manage these five behaviours: each one building from the preceding.

The pandemic has really brought into relief how people feel about being part of this team in this business. Team leaders who are able to harness and amplify these five team behaviours usually get a massive uplift in engagement and commitment, a sense of belonging and ultimately productivity – the thing that is going to get the economic wheels of this country moving again. 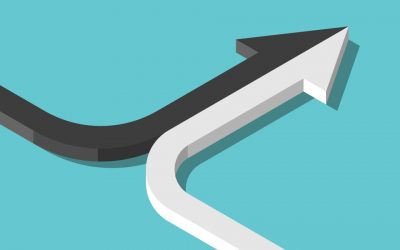 The Challenge How do you get all members of a team to feel valued and contributing to the business after an acquisition? Our clients, senior managers of the European division of a global technologies company, were less than happy with the level of human integration... 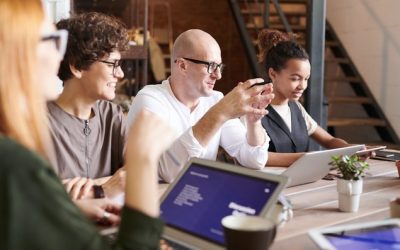 The Challenge TNS-Global, a global market research and intelligence group had set itself the strategic goal of being recognised as the global leader in delivering value-added information and insights that help clients to make more effective decisions. The custom... 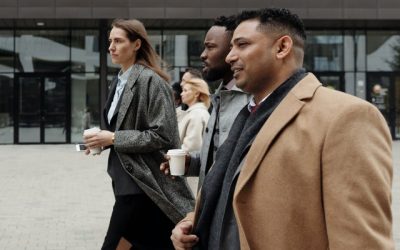 The Challenge EMC, a leading global information lifecycle management technology firm, had gone through a significant period of business re-building under the leadership of their new CEO.  The early 2000’s had seen a collapse of their $8.9 billion revenues and... 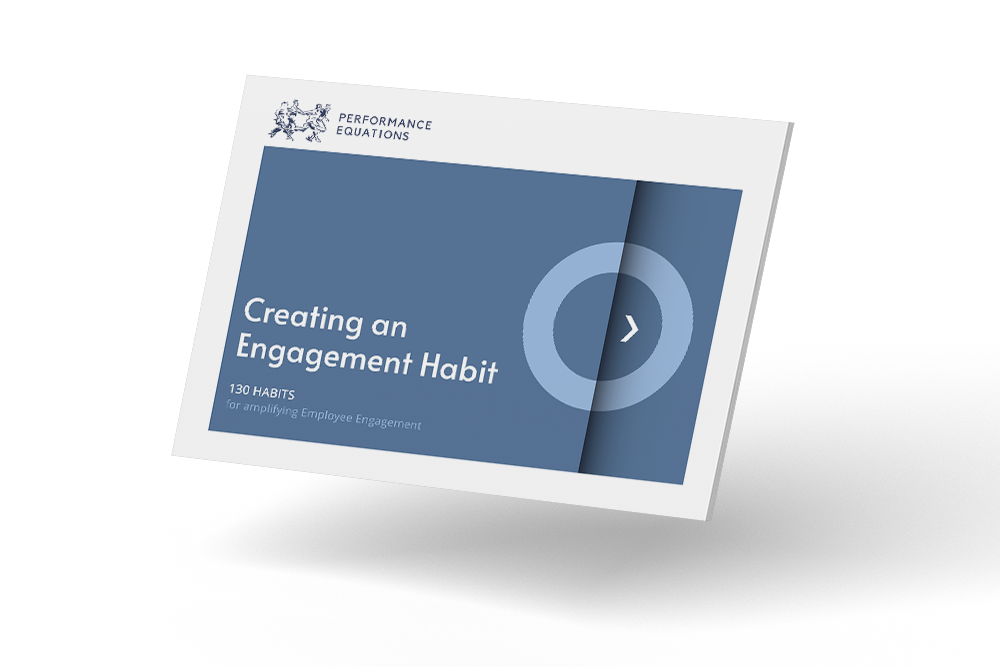